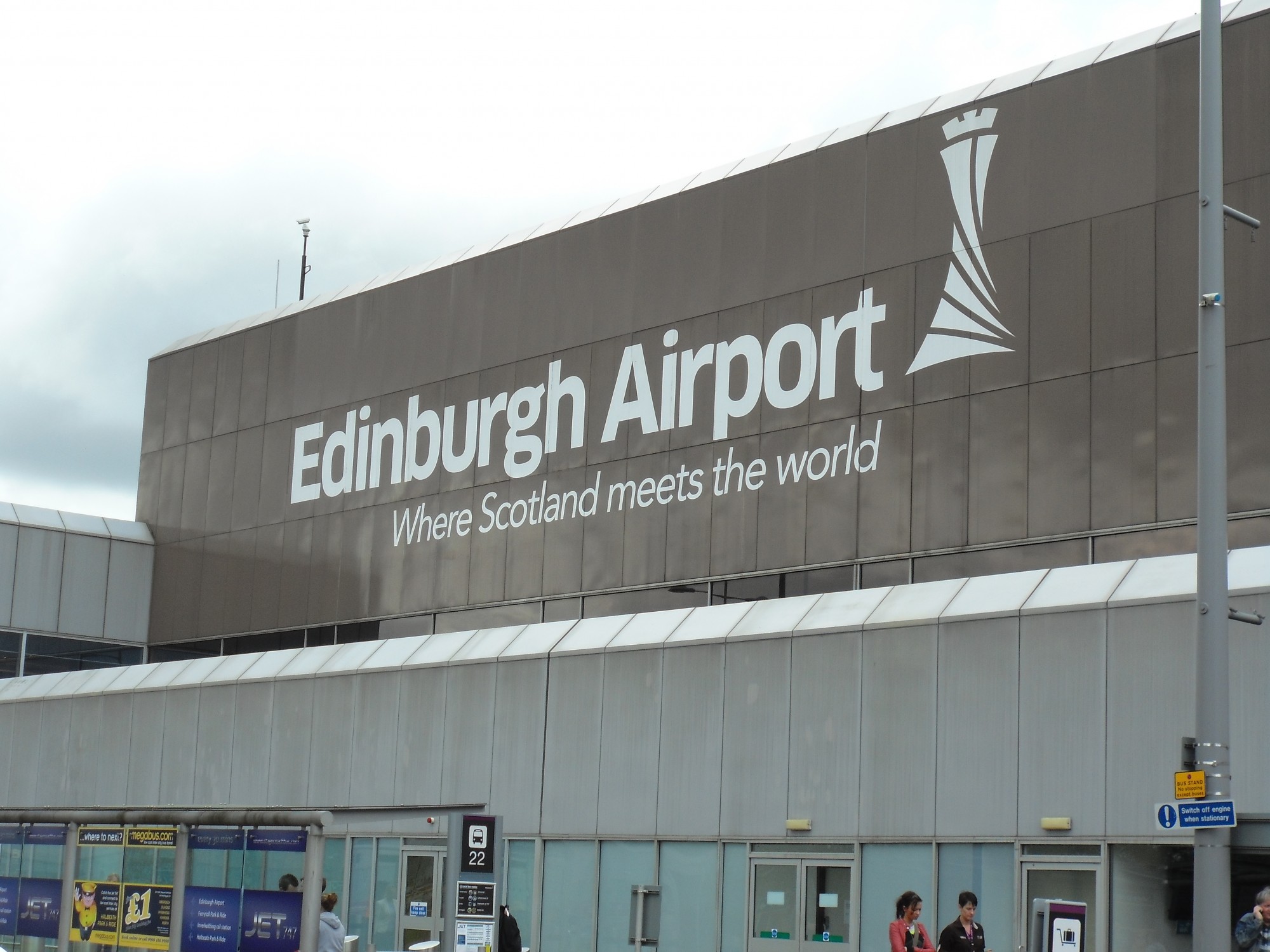 According to recent research reported in the Harvard Business Review not being able to eat healthily when travelling on business is one of the top stressors.   Its high stress intensity makes it detrimental for mental as well as physical well-being.  Yet it can be managed more easily than aspects of travelling which might be out of your control, such as delay or lost luggage, by using some simple pre-travel information and insight.

During my recent travels to Scotland, where heart disease rates are the highest in the UK, I took the opportunity to check out Edinburgh’s airport, the busiest in Scotland.   There are a number of restaurants to choose from.  I chose the Gathering restaurant which is located to the right of the terminal after you have just come through security (or left when you alight from the plane).  One shouldn’t miss it as unlike some of the other eateries in the airport it has a spectacular view of the planes landing and taking off.

As the name might suggests, the Gathering restaurant has plenty of Scottish produce on its menu so I hoped choosing something healthy for lunch might be tasty as well as an easy choice.  After all, they do claim healthy and light options are available on their menu, which should mean I would be off to a good start for the afternoon ahead.

The question was, were the menu items as conducive as I hoped for someone like myself, someone needing to refuel again before taking off again, but not too heavy to over laden or provide an excess of energy which I would later regret?

While it offered a healthy start for breakfast with choices including Greek yoghurt & oats, porridge, fresh fruit salad, toasted bagels and cereals, in addition to traditional breakfast items, it appeared at first glance to only offer a few meal items suitable to my and most likely other women executive energy needs.  So I decided to weigh up the options carefully to find something suitable to both my taste and physique.  There were no nutritional information or symbols to accompany any of the dishes, so I needed to draw on the ingredients, description and recipe formulation provided to provide an insight into the makeup of each.

The menu commenced with a ‘light’ bites section at the top, which offered Cullen Skink, a homemade Scottish soup with Bethaven smoked haddock, cooked with potatoes, butter and cream, served with slices of rustic bread.  It was the butter and cream which would probably make this dish less than ‘light’ or at least not as light as it could have been otherwise.

Bethaven Smoked Salmon on malted wheat bread was definitely an option which appealed to me, particularly being a fish fanatic, but I wondered if one slice of bread as was indicated on the menu would be sufficient for a light lunch or was it just intended simply as a starter?

The brushetta sounded fresh but again little probable satiety value.  I wish they would include a minimum of nutrition information eg Calories when they state light to provide a more informative choice.

A steak sandwich – now there’s a surprise!  Served with chunky chips.  Now what’s light about that? Or indeed the following item of a chicken and bacon club sandwich with egg mayonnaise served with kettle crisps.

Next was the soup of the day.  I had been reliably informed that today’s soup was courgette, served with a few slices of French bread, and was very nice.

Following on from the ‘light’ section were pizza’s, pasta’s and risotto.  All quite healthy if made such and furthermore there was an option to create your own pizza from a margherita base.  Alas, no pizza’s on the menu today!

One option became apparent as I moved my eye down the menu more.  Penne Arrabiata with the option of salmon or chicken added.

This could definitely be a possibility, but again difficult to tell how much oil might be used in the cooking method.

Avoiding burgers, as I had made them at home in the weekend, I next perused the ‘Favourite’ section.   ‘Scottish Great Tasting Platter’ appealed but you really need to be of the right physique and activity levels to consume smoked salmon, oat cakes, Scottish rib-eye steak with chunky chips and homemade cranachian for dessert.  Similarly, the Rib Eye steak (8oz); venison steak (8oz); haggis, neeps & tatties; fish & chips; bangers and mash were all too heavy for me at lunchtime.

Now nearly at the menu end, I spotted Thai chicken curry, chicken Caesar salad and roasted goats cheese salad.  The latter two with olive oil croute.  Not sure of the cooking methods and ingredients for the Thai chicken curry and weary of cheese or mayonnaise which might make it an overall high fat content especially if consumed with olive oil croute contributing even more, I decided neither was something that I could confidently choose to include a lunch healthy for me.

In the end, I decided upon the courgette soup, opting for another ‘light’ snack later on.  This allowed sufficient opportunity to digest prior to boarding the next flight.  The soup, small of serving, was as lovely as described and I began to look forward to the early afternoon in participation.