Passengers en route between Sydney to Melbourne appreciate the efficiency of the airport, however, healthy options are often difficult to find.  Carol Sadler, RNut., explains why such efficiency to get through the terminal may culminate in a lack of healthy food choices…

According to the flight data website, OAG.com Sydney to Melbourne is the second busiest route in the world.  The 54,519 flights per year beat Mumbai to Delhi with 47,462 in third place. The top spot is Seoul to the holiday island of Jeju with over 64,000 flights per year.

Over 8 million passengers fly between Melbourne and Sydney each year, reflecting the amount of business taking place between the two cities.  Business travellers on the short frequent flights, require efficient terminals, managing the fast flow of busy passengers.

Getting In and Out 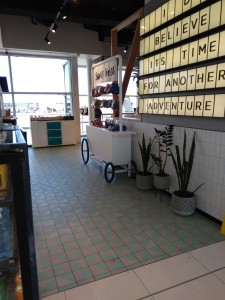 Sydney has one domestic airport, 9Km from the city centre.  Passengers have a choice of the airline but not the airport.  Rail and road links service the airport.  Sydney has free 15-minute parking in the Express Pick Up zone, a few hundred metres from the terminal.  The short-term, paid parking is closer.  At the time of writing, Uber is allowed to pick up from the Express zone, which has been a source of contention with the local taxi companies.

Melbourne has two airports offering flights to Sydney.  The small Avalon Airport is 50km South West of Melbourne and 15Km North East of Geelong.  The much larger Tullamarine Airport is 23Km from the city centre.   There is no rail link and being some distance from the city centre, they rely on coach shuttle services, taxis or private transport by car.  The pickup and drop off zones work well, and again, Uber is able to operate at both.

Passenger screening through security is now a slick operation.  The LAG (liquids, aerosols, gels) rules which apply to international flights are less strict with domestic flights in Australia.  There is no 100ml limit on liquids in cabin baggage. 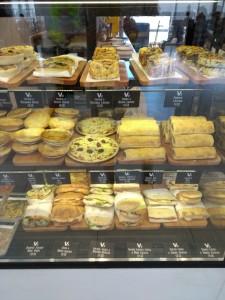 Pricing and allowances vary between airlines, being caught out with the wrong size or weight luggage can be an expensive inconvenience.  European carrier Ryan Air now charges for using overhead lockers and all budget airlines are looking to limit the reliance on cabin baggage.  I travelled with Jetstar, who reminded me several times with texts and emails that my cabin baggage limit was a total of 7Kg.

Business travellers generally want to be in and out of the airport as rapidly as possible, whereas the airport owners want them to linger and spend money.  The larger terminals are more like shopping malls, with boutiques and a food court.  Eateries range from the budget fast food to sophisticated bars and cafes.  Even with these choices, healthy food isn’t abundant.

Frequent travellers may get the use of dedicated airline lounges, avoiding the scrum of crowded terminals.

Queueing for the female toilets is an annoyingly common problem.  The low key, spacious terminal at Avalon has great toilet facilities, albeit in what felt like a large, hastily erected shed.  The other benefit of the added space at Avalon, is the arriving passengers not jostling through the terminal past those trying to depart.

Plane landing, to city centre, took one hour in Melbourne (Tullamarine) and half an hour in Sydney.  Overall, a good result for any traveller.

If your business trip includes a few days to unwind, then click on to 100 Best Things to do in Australia for some inspirational ideas on what you can do while there.