Aberdeen Airport opened in 1934, and the passenger numbers and routes have for many years, mostly served business travel for the oil and gas industry with the later addition of tourist destinations. The airport complex includes the main domestic/international terminal, plus terminals for fixed wing and helicopters servicing the offshore oil platforms. In April 2016 the airport reported a 19% drop in domestic passenger numbers compared with the same period in 2015. This is due to the downturn in the oil and gas industry.

Why Fly to Aberdeen?
Fares will vary with the demand for seats, but rail fares are high, the return mid-week train fare from London King’s Cross to Aberdeen is around £157 return (for travel booked a few days in advance). The same return journey from Heathrow to Aberdeen with British Airways cost £96 and is obviously much quicker. If travelling from other regional areas such as Northern Ireland or the Channel Islands, flying is by far the most convenient option. 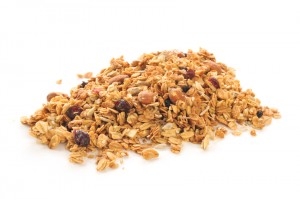 Aberdeen Airport serves both international and domestic routes from the same terminal and departure lounge. Beyond security, the facilities for food and drink are limited to the Globe bar/restaurant and a Costa Coffee, both of which were very congested on my visit. The choice for healthy food is very limited; The Globe mostly offers pub burger type meals with an occasional salad. Although the breakfast menu is largely the cholesterol-raising variety, it is possible to have porridge or granola. Costa serves mostly sandwiches, cakes and pastries. There are executive lounges offering more space but again, not much in the way of healthy foods, the website boasts ‘treats – pastries, cakes and biscuits’.

In spite of the reduced passenger numbers, on my recent visit, the terminal was crowded and felt cramped. Skytrax air travel review site gives Aberdeen Airport 3 out of 10. Reviewers rarely write to report positive comments, but the rating of 2/5 for terminal seating, 2/5 for queuing times and 3/5 for cleanliness seemed to fit with my experience. However, if they rated ‘staff friendliness’ I would give them 5/5, even at security the staff were warm and personable. 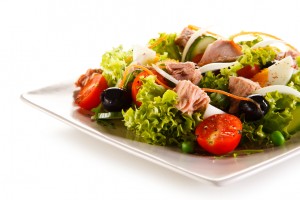 Arriving and Departing
DROP OFF FEES Aberdeen Airport charges £2 for up to 15 minutes if passengers are dropped off by car. There is a temptation at airports, to be picked up from departure drop off zones and avoid parking fees, but fees to drop off passengers puts up a taxi fare and gives a feeling of exploitation before setting foot in the terminal. Many airports have a strict but convenient drop off areas, such as the ‘Kiss and Go’ arrangement at Geneva Airport. Paying for the brief pause at the pavement feels excessive. It is possible to be dropped off free of charge at Aberdeen’s Long Stay car park, rather than at the terminal, but the weather in Scotland didn’t make the long walk with baggage attractive for me. The free shuttle bus is available, but again, time-consuming and very inconvenient for business travellers.
Blue Badge disabled drivers also have to pay at the Terminal drop-off zone. They can park free of charge in the short stay car park, but this is inconvenient as the parking ticket has to be validated in the terminal, far from ideal for travellers with disabilities.

The overall airport experience was mediocre, but the terminal drop off fee was annoying.