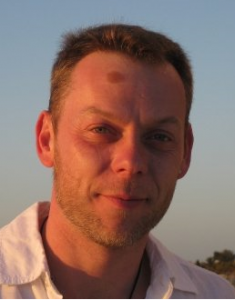 After completing his undergraduate degree at Thames Valley University in 1999, Professor Ellis was awarded an Advanced Course Quota Studentship by the Economic and Social Research Council (ESRC) to complete an MSc in Health Psychology at the University of Surrey. On completion he was awarded a postgraduate training award by the ESRC to complete his PhD in understanding the biological, psychological and behavioural correlates of late-life insomnia. He is a Practicing Health Psychologist (HCPC), Chartered Health Psychologist (BPS) and Somnologist: Expert in Behavioural Sleep Medicine (ESRS).

His current role at Northumbria University is Professor of Sleep Science and Director of the Northumbria Centre for Sleep Research. He holds honorary positions at The University of Pennsylvania: Division of Sleep Medicine and Newcastle University: Fatigue Research Centre. He splits his time between his basic research interests: the pathophysiology of sleep disorders (Insomnia, Restless Legs Syndrome, and Circadian Rhythm Disorders) and specifically the natural history of Insomnia, and his applied work on Cognitive Behavioural Therapy for Insomnia (CBT-I). Within the latter framework he examines the impact of novel adjunct therapies, the influence of social factors on adherence, and the effective delivery of CBT-I in complex cases.

He has worked within the National Health Service in the United Kingdom, delivering CBT-I to individuals with a range of physical and psychological conditions and serves on the editorial board of Behavioural Sleep Medicine.

He is a serious advocate of public engagement and professional education with regard to behavioural sleep medicine and regularly trains CBT-I to clinicians and primary care physicians in the United Kingdom.

His research has received funding from the ESRC, Wellcome Trust, The Royal Society of Edinburgh, The National Science Council of Taiwan and The British Academy. Additionally, he has consulted for several companies including, Transport for London, Cussons Pearl, UCB Pharma, Slumberdown, and the BBC.